The Need: A major OTC Pharma Manufacturer needed to reduce costly re-testing due to operator and instrumental error of dissolution and content uniformity testing (CUT) for oxy and hydrocodone (Vicodyn) and oral contraceptives.

The Solution: SWS suggested a completely automated system for dissolution and CUT. Initially this was rejected because each group of instruments is $1MM.  It took several years to convince them.

The Results: After several years of problems caused by a wide variety of errors, and several FDA citations, the completely automated systems were finally adopted world wide & now streamline the production of oxycodone, hydrocodone, and oral contraceptives globally. 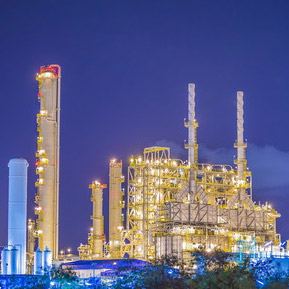 The Need: A major oil refinery needed to change their existing asphalt plant into a ultra clean diesel unit.  This required testing of the end product into the low parts per billion for Nitrogen. This ensures ultra low emissions of oxides of Nitrogen from the 21st century style diesel engines in which the fuel is burned.

The Solution: SWS was able to contact two European engineers that had recently left a major analytical instrument company to see if they could handle designing and building an instrument that would meet specifications of the testing. These European people were invisible to the refinery & as well most other potential users in the western hemisphere.

The Results: Currently the client is able to detect lower Nitrogen levels in their diesel than any refinery or contract laboratory in the SoCal area. In fact, the only lab that is able to see Nitrogen levels this low is a large petroleum research facility in Richmond, CA.  This client has a totally unique fuel product, and as such commands the market price. 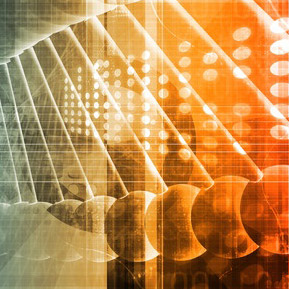 The Need: Medical microbiologists, doctors, and patients world wide need a better method of leukemia early stage detection. One of the emerging technologies is antibody/magnetic bead binding of very low concentrations of leukemia cells by affinity biochemistry. The problem is that affinity is not a chemical bond, and the antibody protein therefore is subject to fragility loss of the bound substrate (leukemia cell).

The Solution: Typical piston and peristaltic pumping methods provide a constant flow of reagents needed to accomplish the necessary mixing, however they also provide a pulsed flow, which is not permissible here, due to the fragility of the complex. SWS traveled to Paris to study a pulse free micro fluidic pump which was designed by French (Institute de Curie') scientists in conjunction with a local Paris firm.

The Results: Projects of this nature take time to reach full commercial potential, and this one is still in development stages. However, since no other technology choices exist for pumps that can meet the specifications of this diagnostic device, it is very likely that some form of pulseless pump will remain in use. This gives clinics & patients world wide the ability to detect leukemia cells as dilute a one part in 5-10 million "normal" cells. Without affinity, this cancer detection process takes much longer.

How We Can Help

Here are some real-world examples of the tangible benefits we have provided our customers:

A major OTC Pharma Manufacturer needed to reduce costly re-testing due to operator and instrumental error. Learn how we helped.

A major oil refinery needed to change their existing asphalt plant into a ultra clean diesel unit. Learn how we helped.

Medical microbiologists, doctors, and patients world wide need a better method of leukemia early stage detection. One of the emerging technologies is antibody/magnetic bead binding of very low concentrations of leukemia cells by affinity biochemistry. Learn how we helped.

Southwest Scientific is a Manufacturer's Representative/ Distributor Company specializing in the Biotechnology, Chemical Process, Environmental, Petroleum, and Pharmaceutical Industries since 1991.

We provide quality laboratory instrumentation in the United States.